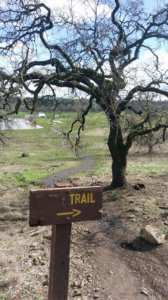 A journey is a person in itself; no two are alike.
And all plans, safeguards, policing, and coercion are fruitless.
We find that after years of struggle that we do not take a trip;
a trip takes us.

John Steinbeck
from
Travels With Charlie

When I told my cousin David about my plans to start telling the stories I learned about journeys, he immediately said, “You must read Travels With Charlie”.  I was a little resistant at first, but then realized that the author was John Steinbeck.  After a lot of procrastination I purchased the book at our local used book store, (possibly the coolest place in town), and began to read.

A book is a journey of its own kind

The best way for you to experience a book is to read it yourself and see where it takes you.  As I was finishing the book there were white supremacists rallies going on in Charlottesville West Virginia, a car had driven into a crowd of people who were protesting racism and white supremacy. This killed a 33 year old woman and injured scores of others.  At the same time, in my book, John Steinbeck was traveling through New Orleans in the early sixties.  He spent a couple of pages talking about the violent protests taking place around desegregating the schools in the south.  Sixty five years later and we are still struggling, and his story is as moving and powerful as it ever was, taking on new meaning as our past becomes our future.

My cousin is a like Steinbeck, a story teller, a rouge, and a lover of life.  He could not help telling, then encouraging me to learn the story of Charlie, Rocinante, and John as they traveled a large loop around North America and took the pulse of this nation in the sixties.  This story has enriched my life, brought the depth of familiarity to places I have not yet visited, and reminded me that we are explorers, we long to dance with the journey.

And the journey longs to become a tale.

Map entry is john Stienbecks’ house, where he began his journey